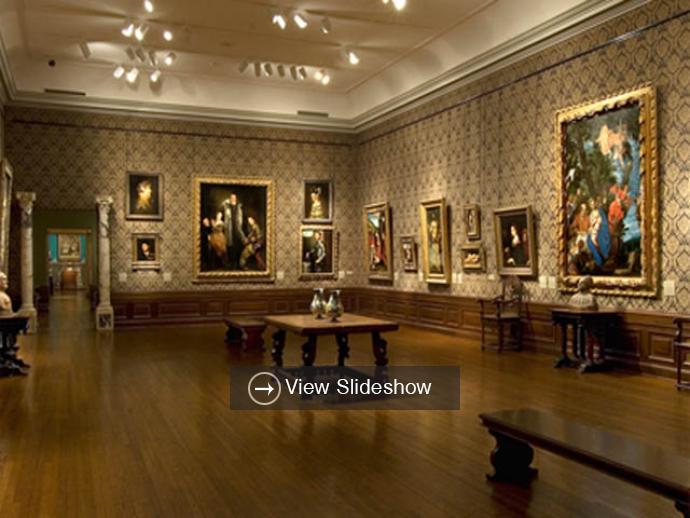 The Museum of Art, built by John Ringling to house his personal collection of masterpieces.

The European, American and Asian masterworks available here make the Museum of Art an awe-inspiring retreat. It is a palace for treasures emulating the footprint of Florence’s Uffizi Gallery, echoing its grace and grandeur.

In 1925, Ringling engaged architect John H. Phillips to design the museum. Construction began in 1927, but was slowed almost immediately by the collapse of Florida’s land boom and later, Wall Street’s stock market crash. Financial misfortune and Mable’s death in 1929 might have ended the dream, but John Ringling instead gained a new resolve to complete the museum, borrowing money as needed, knowing that it would perpetuate the memory of his beloved Mable.

In October 1931, “The John and Mable Ringling Museum of Art” was officially opened to the public. The Courtyard of the Museum of Art features casts of original antiquities and renaissance sculptures, including the towering David by Michelangelo. The Courtyard features two fountains - Fountain of Tortoises, one of three replicas from the Piazza Mattei in Rome, and the Oceanus Fountain, copied from the 16th century original by Giovanni Bologna in Florence’s Boboli Gardens.