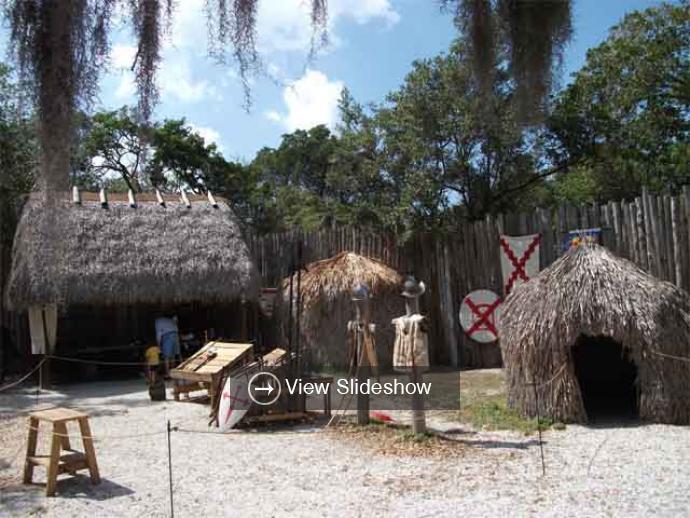 De Soto National Memoria tells the story of the De Soto Expedition and the natural history of the area.

De Soto National Memorial has special living history presentations at specific times of the year. The Spanish encampment features daily presentations from mid-December to the last weekend in April. The Last day of the living history encampment also includes a special reenactment of De Soto's landing in 1539. The Nature Trail winds along the shoreline and through several Florida ecosystems, including a mangrove forest like the one that De Soto's men would have encountered when they landed. Trails include interpretive signage and waysides that tell the story of the De Soto Expedition and the natural history of the area. There is a Forty-five minute guided Trail Walks are offered by Park Rangers all day, staff availability and weather permitting.

Rangers and volunteers dressed in period clothing will present talks on a variety of historical topics related to the De Soto Expedition and Florida's Native Americans. There will also be weapons and Spanish and native craft demonstrations throughout the day. The Visitor Center includes stunning displays of historic armor, weapons, and related period items. Helmets and armor are available to try on. Their newly re-modeled theater and museum features a wide array of exhibits of Spanish and Native American artifacts. The new museum exhibits are designed to be rotating with new items and art that will be displayed periodicaly. Their theater shows the film Hernando De Soto in America throughout the year.