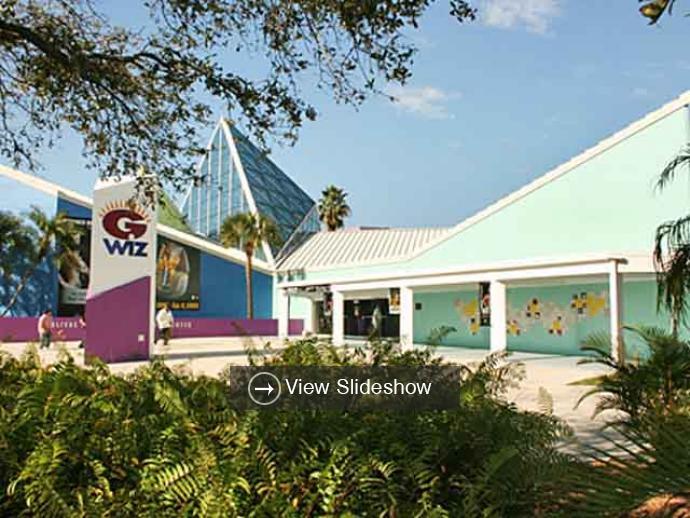 In October 1991, the GCWS opened to the public expanded to 6,000 feet. The Board worked with Hands-On, a nationally recognized museum planning company, to create a fresh image for the evolving science center.

In May 1998 the Hands-on Science and Technology Center was reborn. With a name change to the Gulfcoast Wonder & Imagination Zone, “G.WIZ” moved into the newly renovated site in June of 2000 and proudly opened its doors to the public on August 26th, 2000.

The $3.5 million 33,000 sq. ft. facility located downtown on Sarasota’s bay front was the perfect place for GCWS to be transformed into a world-class science and technology center.

The Medical Simulation exhibit Robotics Lab Sid the Science Kid Sid the Science Kid celebrates preschoolers' excitement and curiosity about the world around them. Permanent GWIZ Exhibits Renewable Energy Exhibits The Race Track Deborah Ann Naiditch Tot Zone MindBall GWIZ Critter Habitat The Illusions Inventors Wanted! Have you ever wanted to invent something—and build it from scratch? Around the world, citizen scientists and grassroots tinkerers are doing exactly that. You name it, they’re building it—from a lawn-mowing robot to a GPS sheep tracker to an alarm clock that crawls away when you hit the snooze alarm. Often, the place they’re building these gadgets is in a fabrication laboratory—or “fab lab” for short.