During the 16th century, Cape Canaveral was referred to "Canaveral" which refers to canebrake, because the region had a very high production of sugarcane.

Since 1947, Cape Canaveral has been the principal U.S. launching site for long-range missiles, earth satellites, and manned space flights. The area around Cape Canaveral, nicknamed the Space Coast, has attracted many nearby space-related industries. 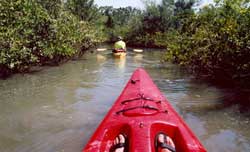 Nature wildlife areas include Mosquito Lagoon: a group of small islands that provide important nesting areas for birds. Indian River, a waterway that forms part of the Intracoastal Waterway, Merritt Island National Wildlife Refuge located next to the space center, and Canaveral National Seashore, a barrier island park. Access to the last two parks may be restricted during launch-related activities at the Kennedy Space Center. 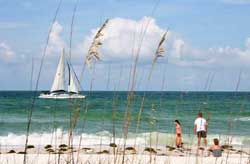